I’ll say the truth – I enjoy it. I’m a sucker for realities in general, and this is no exception. I wanted to see people who maybe wouldn’t have clicked in other situations give each other a chance. I wanted to see girls with low self-esteem feel desired. I wanted to see sweet men and women who maybe are not considered the standard of beauty by society, but they manage to attract each other with their amazing personality. Gosh darn it, I just wanted to see dating where the looks didn’t matter nearly as much!!!

Sometimes, there are moments of true romance and really thoughtful moments that make me swoon. You see such sweet, wonderful, giving people who are just looking for love. But most of the time, the whole show focuses on the couples’ physical looks. Sure, you get to experience some incredibly nasty personalities (I’ll speak of that soon), but in the end, this show is really about the physical rather than the personality, https://www.papsociety.org/priligy-dapoxetine/. 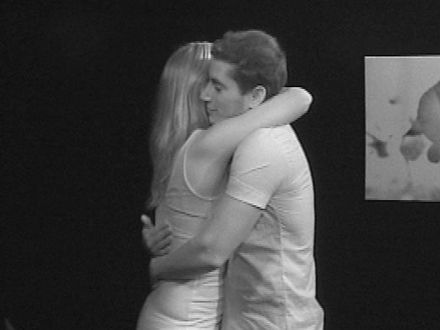 The worst part is that the more I watch it, the more I hate people. There are just some really, really mean, racist, evil, egotistic people out there who happen to think they are God’s gift to mankind. It’s depressing. For example, the show is so openly racist: women rejecting men because even though they seemed brilliant and sweet in the dark, God-forbid, they are actually dark-skinned! (One woman actually said she wouldn’t date an ignorant dark-skinned Middle Eastern man, even though she considered him smart and gentlemanly before she saw him. WHAT!) Or the constant repetition of the rejection of the sweet, bright, giving girl who is not stick-thin or magazine-cover gorgeous. There was also this mean, snotty girl (pictured below) who continuously called another girl with a cleft lip palate ugly – and directly to her face at that. To add insult to injury, she kept making fun of her, saying that she obviously needs to date in the dark because otherwise, no one would give her a chance. Evil! If all these shenanigans are real, I’m very disturbed. 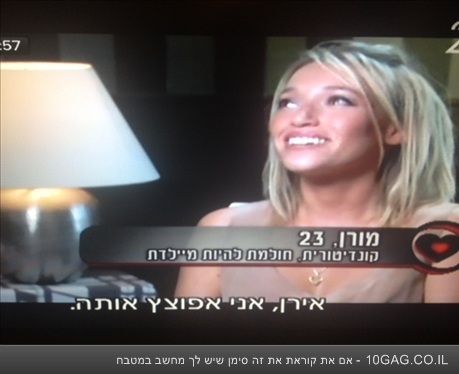