The Tel Aviv Central Bus Station is a Maze, and it Requires a Tour Guide

I went on an adventure last Friday – to the central bus station of Tel Aviv of all places!  It was something I needed to get done in my life.

One day after a particularly tiring night shift, I arrived at the bus station at 3:30 am. The place was a desolate wasteland – not one person in sight aside from a few homeless people sleeping outside. I had 2 hours until my bus took off but I was scared to sit alone. So I thought I could explore the central bus station and keep myself in movement – BIGGEST mistake of my life. The place is a maze. It took me an hour just to find myself in the bus area again. I kept going in circles, ended up in sections that were clearly empty for years, and even found a walled up section with chicken wire. It was crazy and I confess – at one point, I panicked.

So when I discovered that I could take an actually organized tour with a guide, I didn’t hesitate to sign up. I wanted to understand what in the world was going on in that craziness of a bus station. Below are some bits & pieces I learned, and it’s even crazier than I thought!

The plans were delusional 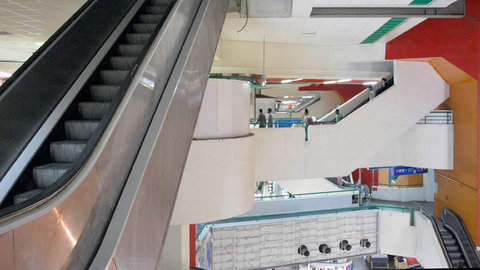 I wonder what this reminds me of…  (Source)

The Tel Aviv new central bus station was built to be the biggest bus station in the whole world:  a seven-story complex crammed with 1500 stores and dozens of bus stops, a combination of public transportation and commerce. They expected 500,000 people to pass by every day, which considering the fact that there were only 2.5 million people living in the country, was very unrealistic.

The architecture is INSANE (literally) 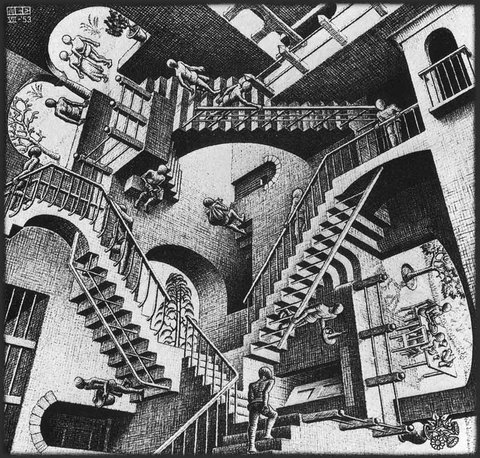 The architect was Ram Karmi, who must have been high when he designed it. The concept was actually in a completely literal sense: for passengers to get lost. To get lost in the maze and the thousands of stores and why not shop along the way? Apparently, he also meant it symbolically as well, by losing yourself mentally within the bus station.

WHO wants to get lost inside a massive architectural monster just to make it to their bus and get to work?!

It’s the perfect location for a zombie movie 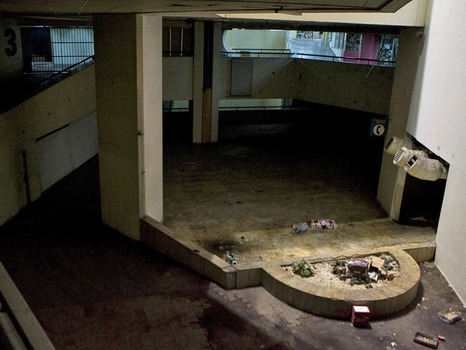 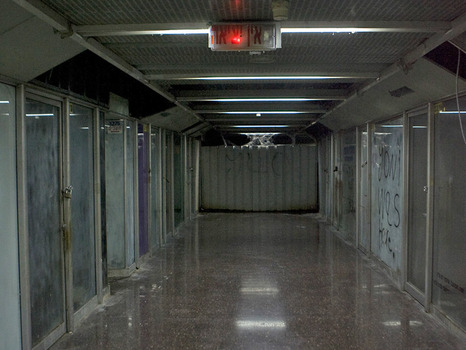 There are 7 floors, but a lot of the central bus station, including entire floors, is COMPLETELY empty. As we walked around in the tour, we kept heading down lower and lower. From the 4th floor to the 3rd, to the 2nd and then to the 1st. Everything from floor 3 down is empty to abandoned. Starting on floor 2, you won’t see a soul or any light. Glass-fronted shops are completely abandoned, some with cartons or merchandise thrown around within.  The cinema is a ghost town… dusty seats and polluted air fill every spot. An arcade and a comedy bar leave nothing but old posters to look at. Such a waste!

Part of the structure has been taken over by bats 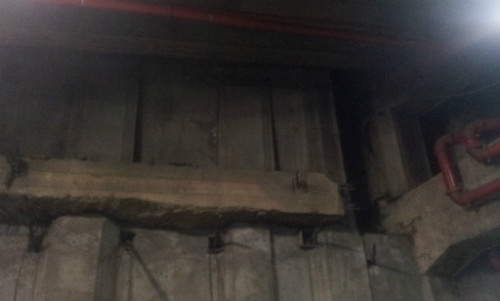 You can’t see them, but boy can you hear them. All 200 meters full of them.

Because so many areas in the central bus station are empty and uncared for, bats moved in, taking over a huge 200-meter sector. It’s now nationally protected as a bat cave. WTF!

There’s a Yiddish museum hiding in the station 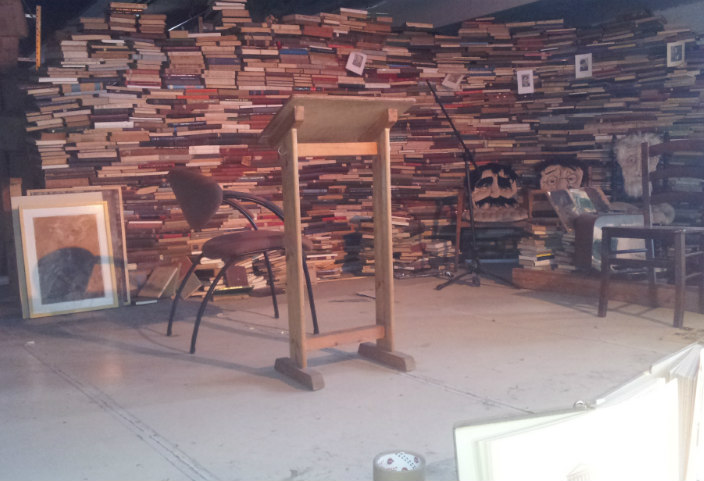 <3 my ancestry and family’s culture. Please excuse my terrible photography

I grew up hearing Yiddish at home, not that I speak it very well myself. But it’s wonderful to enter this quaint, little museum that is trying to salvage the Yiddish culture and language. It’s, unfortunately, a dying language and one that is not spoken prevalently, even in my case, having grown up with a father who speaks it as a first language.  It was a pleasant surprise to find this gem among such emptiness and decay! 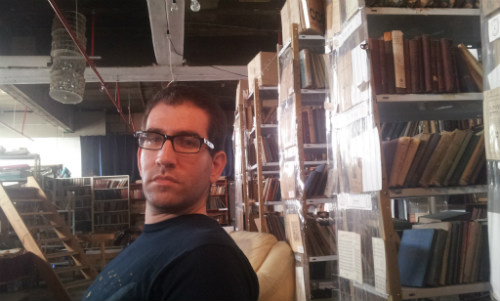 BONUS PICTURE! Guy was not nearly as excited about the tour or museum

Artists have found their muse 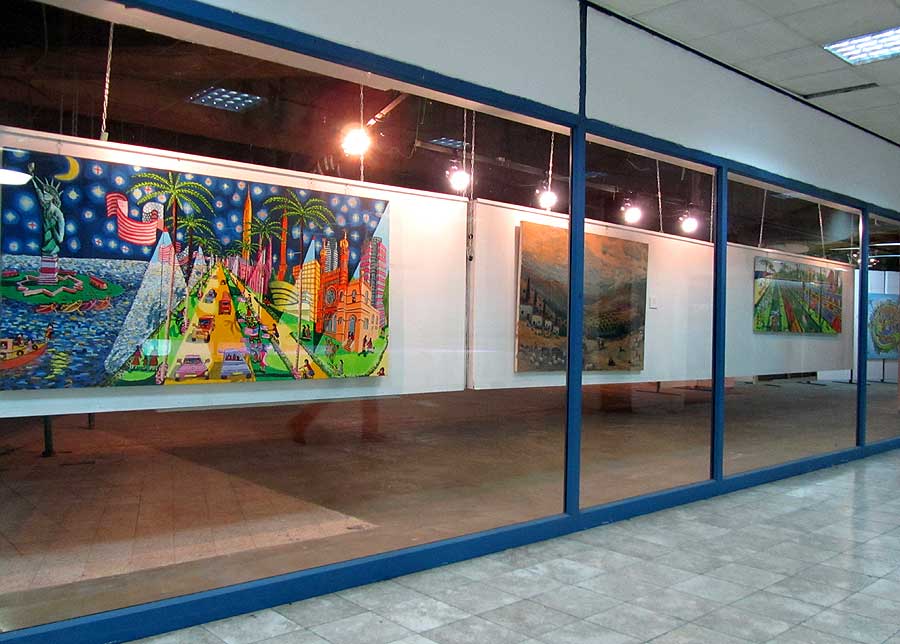 Maybe one of the few positives outcomes to the central bus station is that artists have found a safe haven with affordable rent and a supportive community. A section of the bus station is now deemed the artists’ sector and you can see all the amazing artwork they create. Walls are also being covered in inspirational graphics and designs, each by a different artist. There are a live theater and acting schools as well.

There’s no real way to bring that massive building down 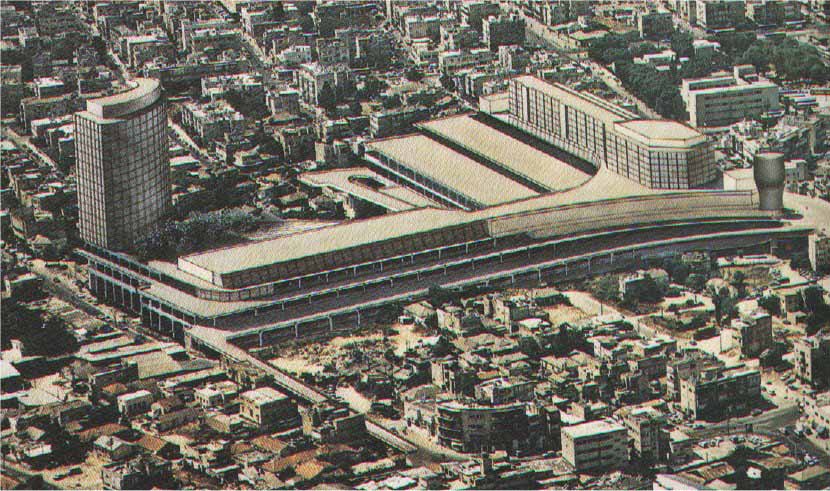 It’s smack in the middle of a neighborhood, built with excessively strong cement (strong enough to withhold nuclear attack), and is made up of 240,000 meters squared of cement. There are bureaucratic hassles, debt, and lawsuits that prevent it from being sold or redesigned. Israelis are stuck with it, so they better make the best of it!

If you are interested in taking a tour of the central bus station or Tel Aviv, take a look at CTLV’s site. They have both English and Hebrew tours, and a variety of tour options.

Disclaimer: I haven’t been asked me to write this review. I covered all fees involved and was not invited to take part.