An Inside Look at Being the “Foreigner” in the Relationship

Ave and I have both left our lives behind for love. We moved across continents, to other corners of the world and left behind our family, friends, culture and lifestyle. 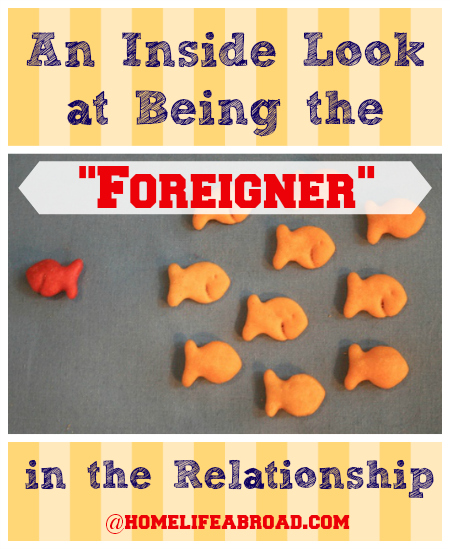 Recently, I started watching a reality show called 90 Day Fiancé (I’m a reality show addict – self-admitted) and it brought up so many things that I too have experienced with my move. In case you’ve never watched this show, WATCH IT. It’s about a few American men who have fallen in love with women who live abroad and bring them to the US under a 90-day fiancé visa.

You meet the couple from the point that the visa is approved and the gals are heading to the US to plan the wedding. Then you follow them through the difficult path of culture shock, a new language, and co-existing with a person they haven’t spent much ‘real’ time with.

I feel for each of those girls – because I’ve been through it all myself. (And I’m still going through it)

So what are the difficulties you deal with when you’re the foreign person in a relationship?

1) Mistrust from the partner’s family

AND the unfortunate another side of the coin: the mistrustful and miserable ‘mother-in-law’ who absolutely hated me from the get-go.  Sometimes, certain parents will feel very suspicious of foreign ladies, and this is largely inspired by racist assumptions and questioning of our true motives.

My ex’s horrible mother thought I was out to get two things from her son – a green card and money. Why?  Plain and simple, because I’m Latin American. 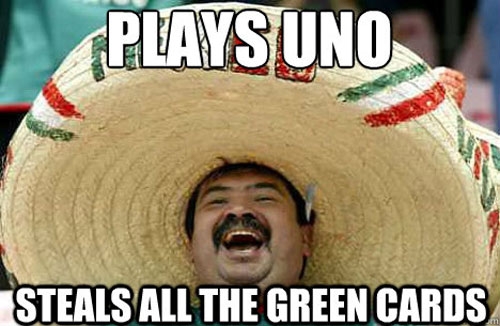 I can only imagine this is what she thought of me. Haha!

Let’s start by making it very clear: I was madly in love with her son. There was no money to be attracted to and he wasn’t a great catch in the very least from a professional, academic or financial standpoint. I couldn’t have any ulterior motives because there was little to gain from that relationship aside from his heart.

Regardless, there was no way to beat that assumption away from the family. To them, I was what they thought of me, and this was one of the reasons I ended that relationship, even after moving to another country in part because of him.

2) Lack of integration with friends

My current boyfriend’s friends are really great people. They’re outgoing, entertaining, nice and open to taking me in as a part of the group.

I lack the ability to speak the language as fast as they do, I have to concentrate and place so much focus on understanding their slang and fast, multi-topic conversations, and a lot of the time they talk about things that I’m unfamiliar with.

I was once in a concert with a few of them… they were all singing along to the songs and I was standing in the corner because I barely knew the singer. Hanging out with my boyfriend’s friends makes the language and cultural gap really stand out to me… and boy does it make me feel like a foreigner.

No two places are alike. Believe you and me, Bolivia and Israel are two incredibly different places and there’s plenty of culture shock to deal with when you go from one to the other.

The two biggest shocks are the language and difference in overall mannerisms and personalities. It’s hard to adapt to a new alphabet, new sounds, new words and new expressions. Sometimes I look at products in the supermarket not quite understanding if I have the right ingredient on hand because I’m not familiar with the word.  When I watch the news, I only understand half of what is being said. This might sound petty, but it’s oddly stressful and disheartening. 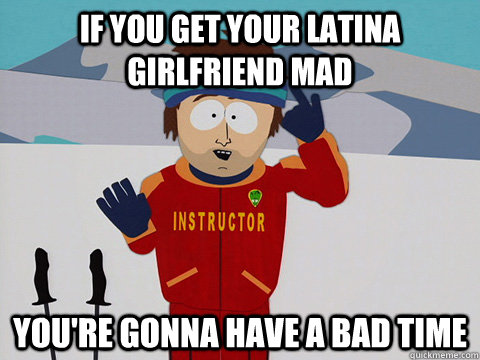 Cultural differences are a biggie. We latinas are not only passionate, we can also get passionately angry. My boyfriend knows this well by now!

If you have an awesome partner, he’ll be patient with you. He’ll help you on the way and take your side to battle it out, no matter how small the battle.  He’ll teach you, show you and support you in any way that you can.

Even with a great partner on your side, assimilating and getting used to a new culture is so difficult. You will always be an immigrant, you will likely always have an accent, you probably look different and you may even act differently than those around you.

End of the day, moving abroad for your partner in order to give an opportunity to your mutual love is difficult, especially if you become the ‘foreign’ one in the situation.  But if you love each other, if he’s good to you and he’s as committed to the relationship as you are, he’ll make the whole challenge worth it.

in Travel & Leisure, Trips & Vacations
4 Travel Tips for The Millennial Jetsetter
in Family
4 Reasons To Try Family Counseling During The Pandemic
in Food & Health
Online Group Therapy To Get Through the Quarantine Blues

"The cure for anything is salt water: sweat, tears

These fossil dunes were formed of solidified sand

"Where flowers bloom so does hope." - Lady Bird Jo

One of the most famous beaches of Fuerteventura -

Can you spot a small chapel? It was built in the p

When the wind of change blows, some people build w