The Truth About Kids And Screen Time

*This post was first published on Gigi Bloks blog.

I just read a scary blog post by a mom named Kelly. In it, she said, “Confession: I use the iPad as a babysitter.” 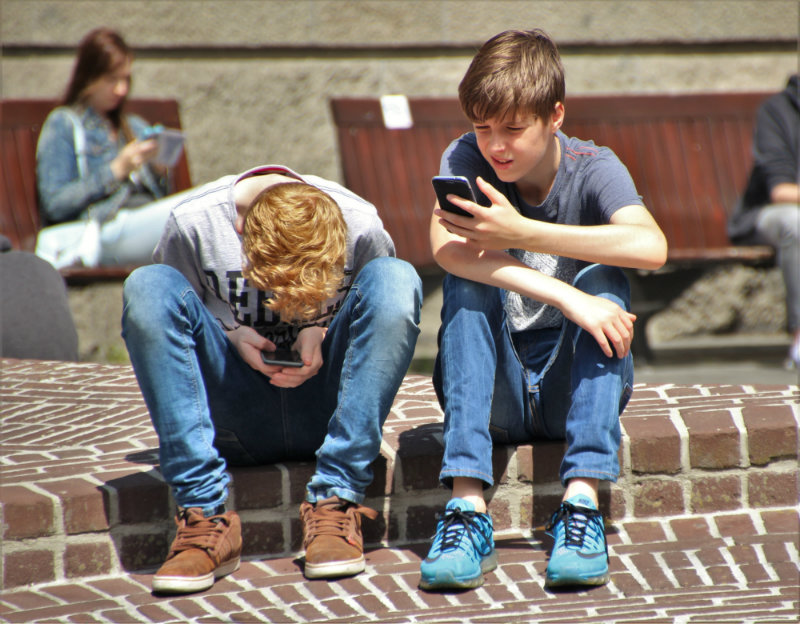 And she went on…

“When I’m trying to get my toddler down for a nap, or I need to pay the bills, or we’re on a road trip – I give my 6-year-old Abby the iPad for a while. We haven’t been officially limiting screen time because we felt like her media diet was at a healthy level.

Then last year, we noticed a disturbing phenomenon when Abby’s done with screen time, whether she plays with apps for 5 minutes or 45 minutes…

She turns into a zombie. A cranky zombie.

She whines. She pouts. Sometimes she throws full-on temper tantrums.”

And wow! I can relate! I’m sure you have witnessed it all around.

A family is having a dinner at a restaurant. Some five-year-old boy gets bored. You see him start to run around, getting cranky, complaining about how bored he is. But then you do this one little thing and everything is quiet. Parents can enjoy peaceful conversation without destruction.

What was that little thing?

The kid gets an iPhone.

There are endless reasons why parents make the choices they do around screens: they need to work, or cook dinner, or call a fellow parent to discuss a looming art project about ancient Egypt. We need a moment (we’d like more than a moment, but we need a moment). 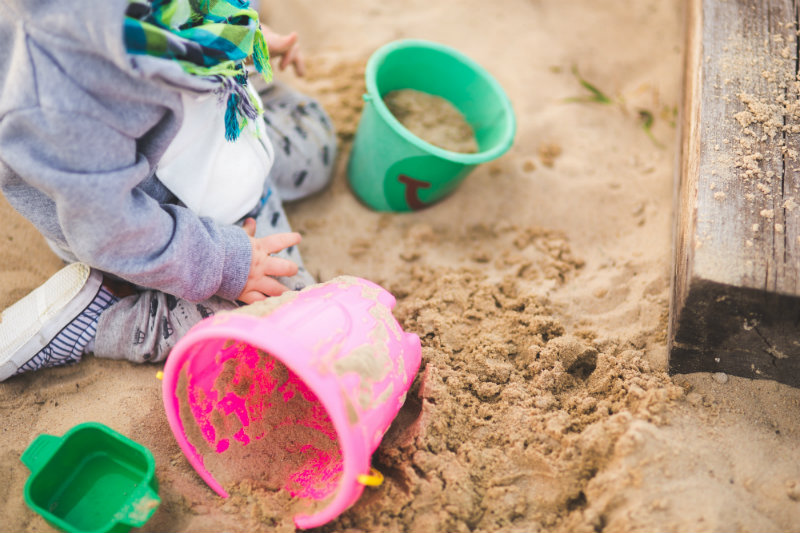 Over the last few years, our children have become addicted to technology. And it’s getting worse.

Now I know much of this research is new (and just emerging). And whether or not it’s truly bad for kids is up for debate. However, here’s what I noticed:

They stare at the TV. They stare at their phones. They throw tantrums when you ask them to color inside a coloring book instead of playing a video game. They cry when you take these screens away from them.

And, the more I read about it, I realized one key, sobering fact:

We are forging our way into a digital world and our kids are suffering because of it.

I’m not the only one who’s concerned. 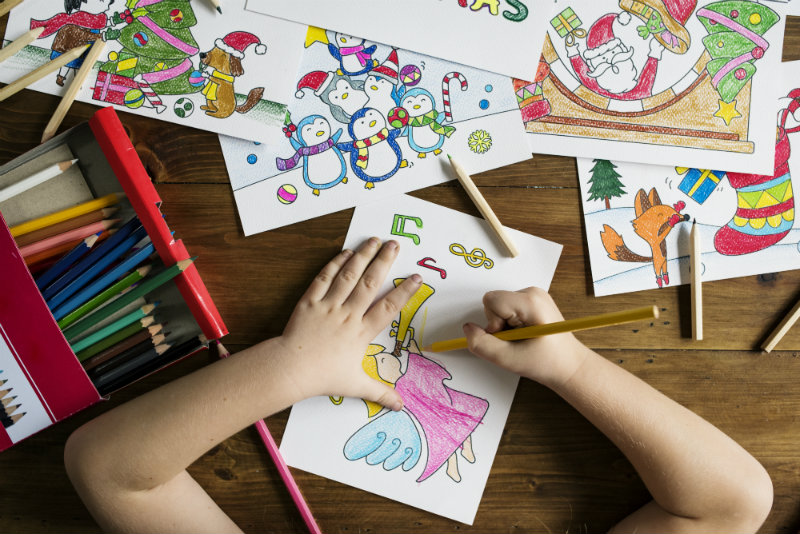 Does your child prefer video games to coloring books, crafts, and drawing?

The Truth About Kids And Screen Time

A couple month ago, I attended a conference about parenting in the digital era and I got some valuable answers. They talked about the skills our children need to learn today to succeed tomorrow. This shed some light on the subject of screens and children.

Some of these skills include: socializing, being curious, being creative, and of course, being eager to learn. And the best way to learn this is through experiential play, not by sitting in front of a computer.

I’ve read hundreds of blog posts, expert opinions, and here are the TOP 5 scariest things about kids and screen time.

1. Screens are being used at more than two-and-a-half times the recommended dosage

By the age of seven, the average child will have spent a full year of 24-hour days watching recreational screen media, claims Dr. Sigman. Over the course of their childhood, children spend more time watching TV than they spend in school. More screens mean more consumption and more medical problems, argues Dr. Sigman.

Many psychologists, including Boston College’s Peter Gray, argued that lack of play is at the heart of why young adults seem so stressed out and ill-prepared for life today. They didn’t learn how to solve their own problems with other kids, which is what play is often about, so those muscles atrophied. So kids get to college without the social skills and confidence they need to manage day-to-day life.

Games in a virtual world also lead to a false sense of competence. Children need to base their lives on reality, not fake virtual worlds, says Dr. Aric Sigman.

Like other addictions, screen time creates significant changes in brain chemistry, most notably in the release of dopamine. This neurotransmitter, also known as the pleasure chemical, is central to all kinds of addictions—from sugar to cocaine.

Melissa Bernstein, co-founder of Melissa and Doug (and a mom of six kids), says: “It’s like giving a kid a little bit of cocaine and telling them to be careful”. 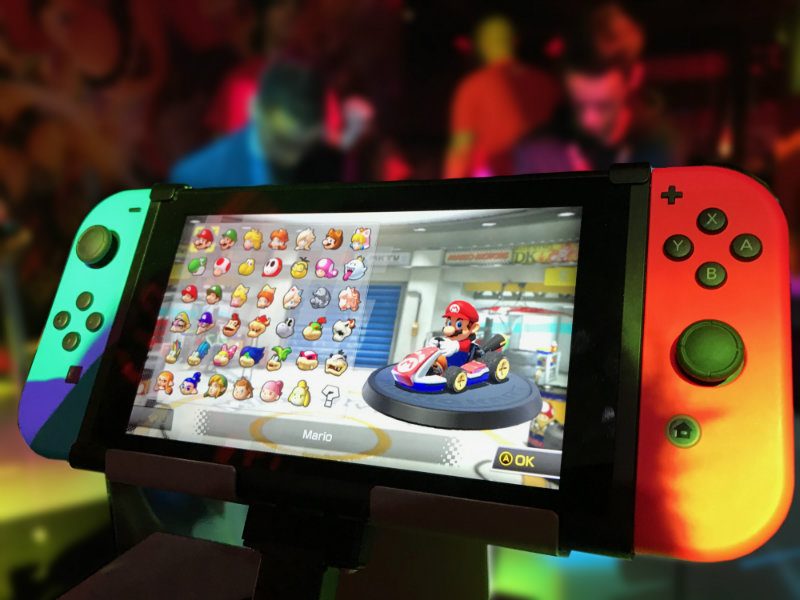 4. A vicious cycle that makes parents unable to say “no”

The problem with allowing to watch too many cartoons is that, while doing that, the child is not doing anything. They are just sitting back and relaxing while somebody else entertains him.

No wonder there is a saying that says “habit is a great deadener” by Samuel Beckett, as when such entertainment becomes a habit, a child stops paying attention to his experience. Instead, he starts to enjoy these things like cartoons on auto-pilot and he is not truly feeling or living in the moment. Needless to say, this doesn’t develop any of the skills needed to succeed in life, nor does it create the habit of being in control of life, expressing thoughts, or creating their own life and environment. It only creates a bad habit of “entertain me” that will eventually overwhelm him and, in no time, you will be asked to give/show him cartoons or he will scream, refuse to do something, etc.

On the perils of too much screen time, Sigman has investigated the extent to which time online may be displacing face-to-face contact, and that lack of social connection is associated with physiological changes, increased incidence of illness, and higher premature mortality.

We need to teach our kids how to experience the world both with their screen and without it.

The big question is this:

“What’s A Mom To Do About Screen Time And Kids?”

When a New York Times reporter asked Steve Jobs, “So, your kids must love the iPad?” He responded, “They haven’t used it. We limit how much technology our kids use at home.”

If not too late, don’t allow TVs, computers, or any screen-based device into a child’s bedroom. Many parents have regretted allowing screens into bedrooms and feel removing them later is harder than refusing them in the first place. Even though it may be difficult, you should take the screens away from the bedroom.

2. Explain why you’re limiting it

3. And use parental controls

“Chris Anderson, the former editor of Wired and now chief executive of 3D Robotics, a drone maker, has instituted time limits and parental controls on every device in his home.”

But you and I both know what happens when you tell a kid “No.”

And that’s why I’m a firm believer in redirecting their attention somewhere else. Instead of putting rules in place that make kids want to do it more…

To help children access their creativity and self-determination, get them to create a list of the sorts of things they’d like to do when they are not allowed to go to a screen. Stick the list on the fridge. Then, when the child complains they have nothing to do, you can refer them to the list or add more to it.

You can add hobbies to this list. It might not feel like it sometimes, but children are very good at working out ways of filling their time when they have to, and finding stimulating hobbies—arts, crafts, fishing, sports, building blocks, kites, collecting, bird watching, astronomy, cooking, museums, photography, music, gardening, etc. It shouldn’t be too difficult. 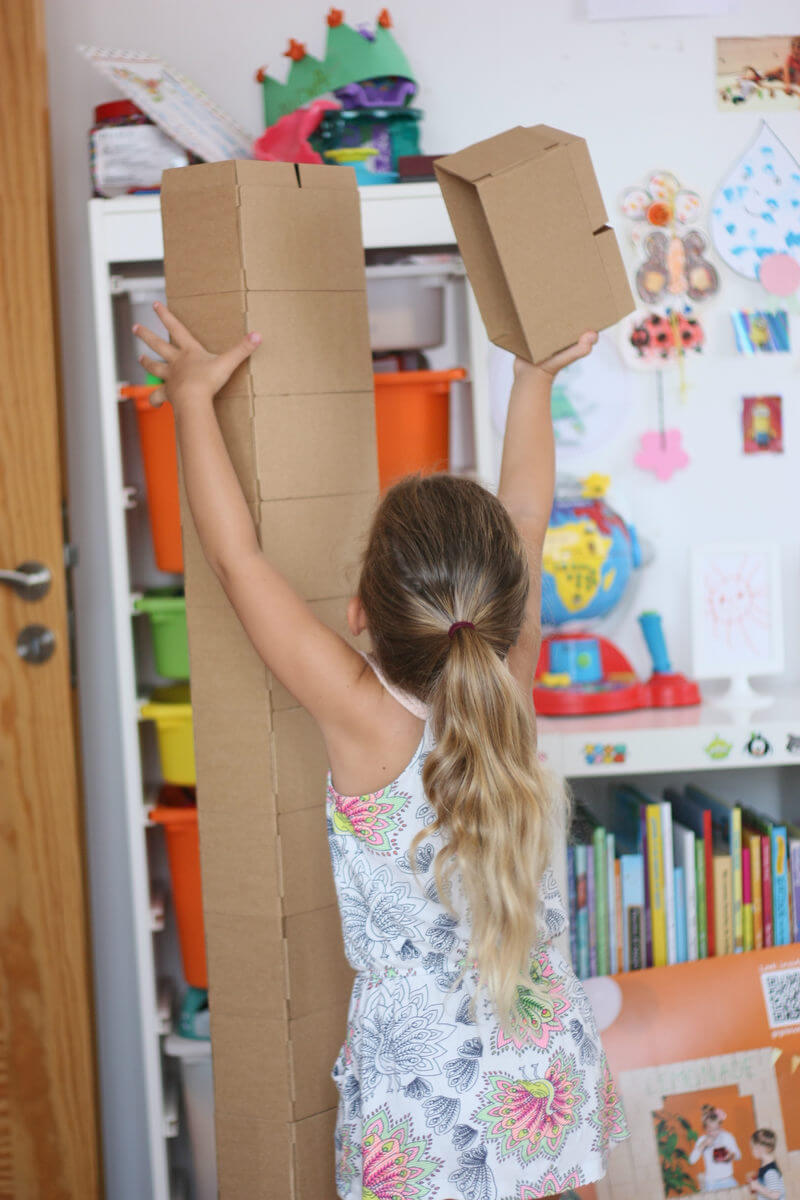 Use screens to combat screen time

Use the wealth of the Internet to help you wean your kids off the screen. There are plenty of art projects online, cooking tips, gardening, science experiments… you name it, there’s plenty of online tutorials that should translate into time away from the screen.

Suggesting going for a walk isn’t going to cut it, so make the activity fun: tree climbing, hide-and-seek in the woods, or camping.

Don’t fool yourself into believing that being on Facebook all day is social. It’s vital that kids get out and interact with other children in real life and not in phony virtual worlds.

This is one of the reasons why International Playdate Day was created. It is on the 21st of January. So, do yourself and your kid a favor: create a playdate and have fun on this screen-free day.

In the end, we need to acknowledge that kids should be involved in imaginative, unstructured play both indoors and outdoors with other children.

And, within this organic environment, they can learn problem-solving, express themselves, make decisions, and discover themselves.

The play is the simplest and most fun method to develop skills for children so they can reach their full potential in the future.

Do you limit your kid’s screen time?

in Food & Health
Post-Travel Depression: Why It Happens and How To Remedy It
in Travel & Leisure
Traveling To Escape Domestic Violence: What To Bring and How To Stay Safe
in Entertainment
The Ultimate Summer Bucket List for All the Family