Also, check our Christmas Trip Around the World post! 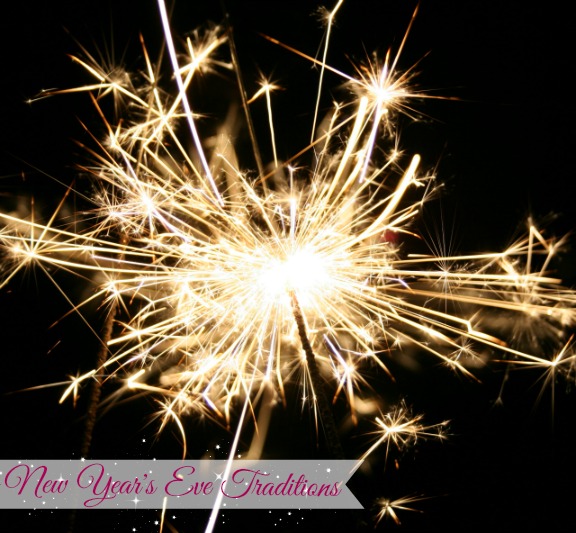 Spanish celebrate La Nochevieja by eating a grape within every clock bell’s chime – 12 grapes in 12 seconds. Doing it at the right time brings you twelve joyful months in the coming year. It’s not as easy to chomp down the grapes as it sounds, some people even practice beforehand. The tradition dates back to 1909.

One of my favorite Estonian New Year’s Eve traditions is pouring molten tin into a cold water and see what the New Year will bring. It’s fun to look for different contours and interpret the meaning of the shapes.

One of the oldest traditions is to have at least 12 different dishes on the New Year’s Eve table. It is believed that it brings plenty of food for the forthcoming year. Also, the table shouldn’t be cleaned until the next morning, so that the spirits of the passed away family members could feast too.

Did you know, that Danes are the happiest people in the world? Could it be because of they funny traditions?

Danes jump off of chairs to leap into the New Year to ban bad spirits and bring good luck. Besides all the jumping, they also save old china to smash it against their friend’s doors. Yes, that’s right! Breaking dishes is meant to bring good luck and the broken dishes pile on your doorstep shows how many true friends you really have.

Depending on the lunar calendar, Chinese celebrate the New Year between January 21 and February 20. People clean their houses to get rid of last year’s bad luck and paint their front doors red and decorate their houses with plastic firecrackers for a happy and good luck filled the coming year.

There is a tradition that all the knives are hidden for the day so that nobody can cut themselves. It is believed that if somebody gets injured the entire family good luck is cut too for the next year.

The Irish people have some really curious New Year’s Eve traditions. To scare away bad luck and evil spirits, let the happiness into the house and assure plenty of food for the coming year, Irish people bang loaf of Christmas bread on the doors and walls of the house at midnight!

Are you in search of love or want to get married? If so, do as Irish girls do –  put sprigs of mistletoe under your pillow ay New Year’s Eve. This is said to scare away bad luck and bring true love in the new year.

How do you celebrate the New Year’s Eve? Any special traditions?