This One’s for Steve 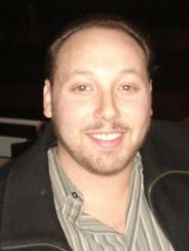 I’m sure you have all watched the news and know what happened to Steven Sotloff. The past few weeks have been heartbreaking for me, from the initial shock when I first saw him in that ISIS video to the moment the second video came out, ending his life in a gruesome, heartless way.

Steve and I met in college. We were a group of friends, all of us from abroad, who were studying in an international program together. Having no family close to us, we had pot-luck meals together, hung out, had get-togethers and had a good time keeping each other company. I remember those days fondly.

There was one thing that was clear beyond anything about Steve: he was fascinated by the Middle East, and more particularly with the Islamic world as a whole. He wanted to live it, see it, experience it and learn it. He was often going to dangerous regions. I always thought that he reveled in the idea of going to taboo areas and leaving unscathed. I remember telling my ex, who was closer to Steve than I was, that Steve would get himself killed one day. It’s unfortunate that I was right.

It was only last year when Steve met with my cousin. After having worked as a journalist in the Islamic world for many years, he said he was tired of it. He was tired of the death threats, the attacks, all the death and the murder he witnessed. He wanted to go back home and have a comfy office job, maybe as a sports journalist. Syria was his last assignment before dropping off the Middle East.

The last time I saw Steve was at our graduation ceremony. We sat together while we awaited our diploma, and in his usual sweet, goofy, funny way, he lit up the evening with his personality and energy.

"In all things of nature there is something of the