I was thinking about creating a series of posts titled “Typical Spanish”. Hoping to bring to you the food, traditions, customs and habits that distinguish Spaniards from other nations. Maybe there are people who are interested in Spanish specialties.

Spanish people love to eat and love their food, so the most appropriate way to start this series of posts is with food. This post is about a popular Spanish breakfast, that almost everybody likes. 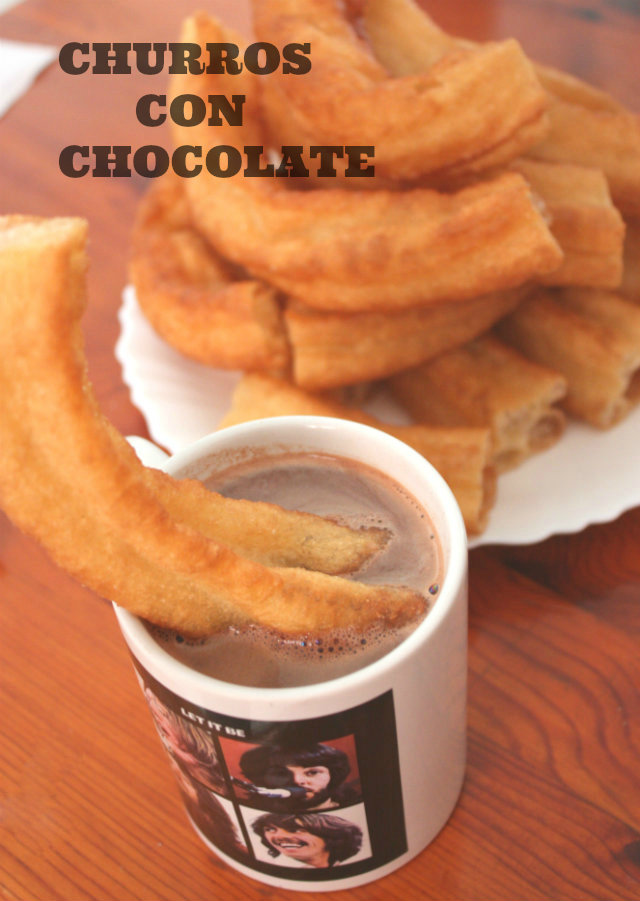 Churros!? What are they?

Sometimes also called Spanish doughnuts are delicious deep-fried dough desserts or snacks. They are normally eaten for breakfast, but you can find many cafeterias serve them throughout the day.

Where do they come from?

Actually, nobody knows where churros originated in. Some say that they have Chinese origin, but others believe that Spanish shepherds invented this tasty treat. They are very popular in Portugal, France, Morocco, Latin America and North America too.

How are they made?

In different countries, churros are made differently, but the basic recipe seems to be similar.

Churros dough is a mixture of flour, water and salt (vegan and dairy free!!). When the batter is ready, a special machine is filled with the dough. This machine squeezes the batter through a star-shaped nozzle into a huge oil filled fryer. Then churros are fried at a very high temperature until they become crisp. 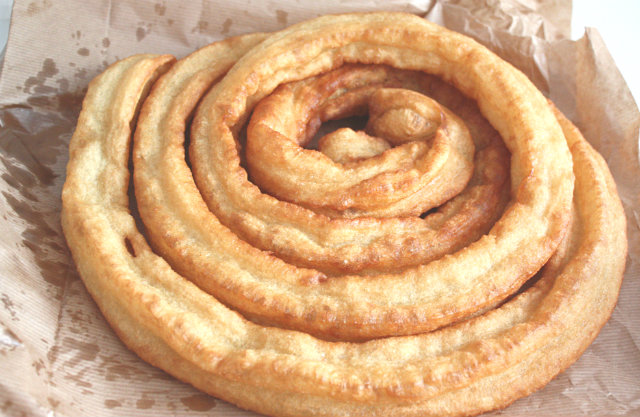 That’s how they sell it for take away.

Plain or with condiments?

In other countries, it’s possible to find churros rolled in cinnamon and sugar or stuffed with all kinds of fillings.